Growing up in the country, it wasn’t much of a surprise when we’d have to hit the brakes for a mama deer and her fawns hightailing it across the road to escape harm’s way. The order never changed.  As you’d expect, the mama always led the way, followed by her babies.

Interestingly, the phrase “hightail it” is thought to have originated in the pioneer days and refers to whitetail deer. At the prospect of danger they raise their tail high. The white patch underneath can easily be seen against their brown backside. A deer signals with her tail to others the need to run to safety.

Having a keen sense of urgency, moms hightail it, a lot. Besides the fact that we’re constantly in a hurry to accomplish all the stuff on our list, we have an inner alarm that goes off constantly. Our tails are rarely ever at rest.

We’re often worried about our kids being friendless if we’re not concerned about their choice in friends. We’re concerned about how they’ve been acting different lately, or else about that bad habit they can’t seem to shake.

We fret over their difficult disappointments, hard diagnoses, or the secrets we believe they keep. When our kids hurt (and often when we have a heightened perception of their hurt), we will do near anything to fix it. 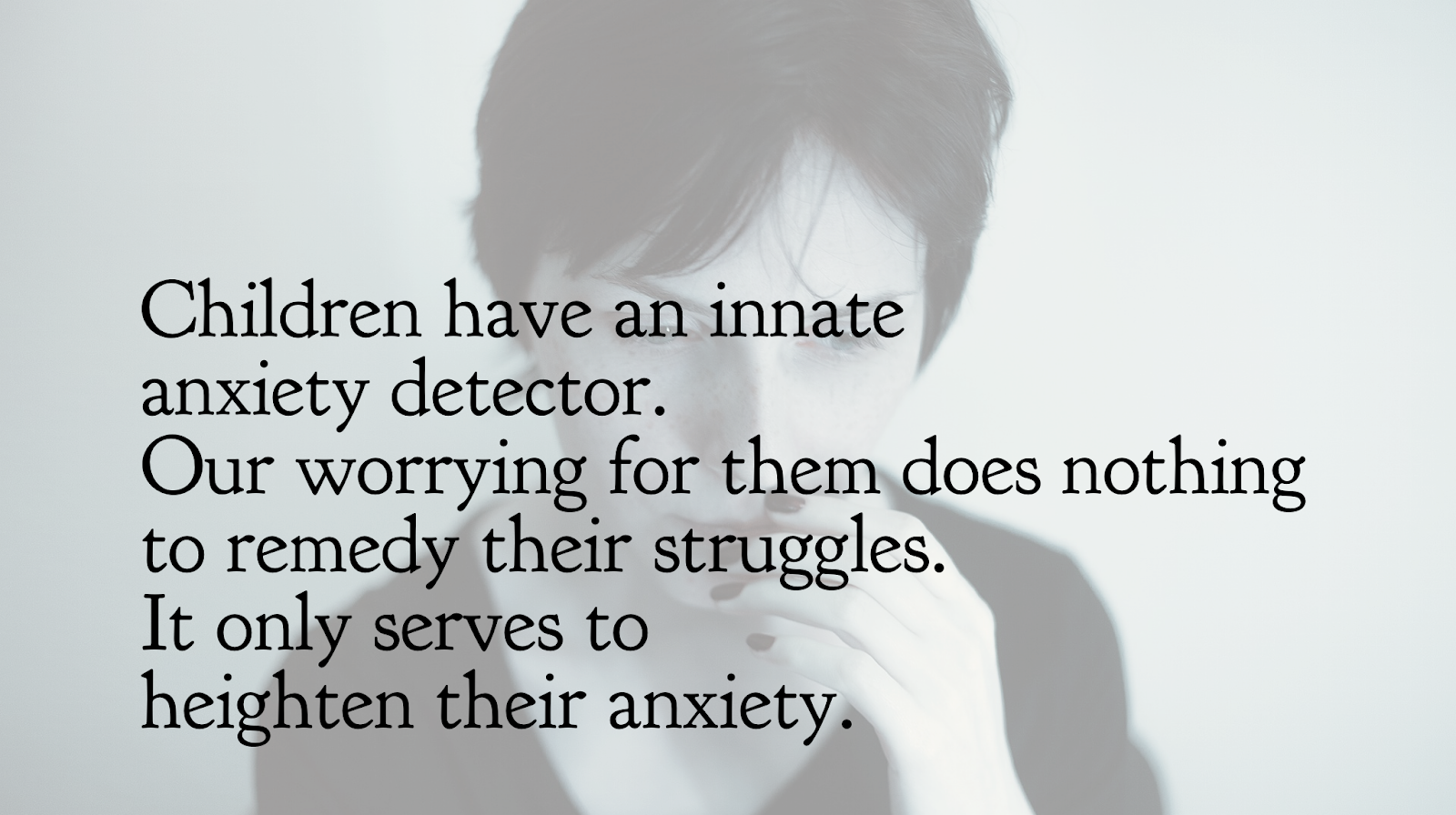 The problem with our tendency to freak out with our kids (or over our kids) is that it usually only gives them greater cause for worry. Just like those fawns follow their frantic mom’s lead, our children often see us panic or in distress and they follow, increasing their emotional instability. What do small children do after they fall? Before they evaluate their bloody knee they search their mother’s face to see whether or not they’re ok.

God gave us that inner alarm for a reason. There will be opportunities for us to fix what is bruised or broken, but contrary to our “fix it” impulses, God has a better use for our sensitivity. When our tail is instinctively raised at impending danger or present disaster, we’re called to flee toward Him rather than simply fix or flee our circumstances.

As the deer pants for streams of water, so my soul pants for you, my God. Psalm 42:1

Consider the deer mentioned in this first verse of Psalm 42. Here is a creature in retreat whose desperation is rooted in the supply before her, not what she’s been fleeing. She pants, not from fear, but because she’s figuratively dying of thirst. The stream meets her longings.

A man who’d traveled to Israel once wrote about wanting to capture a good picture of a hart, the breed of deer mentioned in Psalm 42. Every time he would spot a herd, they were running, alarmed at the sight of the tourist jeep or bus that had approached them. It was only at a stream that he found a deer close enough to capture. That deer was at rest, unfrightened by danger.

Who we run to holds more significance than what we’re running from.

Our children are following our lead.

One thought on “Could we be Worsening our Kid’s Anxiety?”