I was talking to my mom on the phone just yesterday. She abruptly asked me if I'd been keeping up with David Wise, to which I replied, "Who?".

Apparently he's an American freestyle skier who's living an "alternative lifestyle". I looked him up. He's won the gold. So now curious people like myself want to dig in his trash and creep his Facebook. Winning the gold, being in the spotlight, makes everybody want to know who you are. 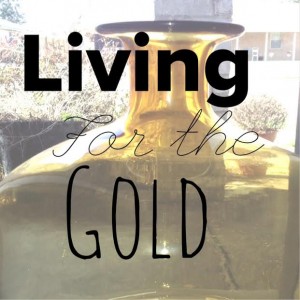 Well David Wise and his lifestyle (which is being referred to as alternative) is the conservative hot topic of the past couple of days. I probably don't need to tell you that I read conservative news sites to find out what's going on in the world. I'm a FOX News enthusiast. I wish I could tell it like Megyn Kelly. Besides FOX, I almost always agree with the viewpoints on conservative sites.

I'm an "up in arms kind" of girl. I believe passionately and I hold my values dear. When I feel those values (which were once the American norm) are attacked, I get a little excited. Lie. I get a lot excited. Jason grounded me from the news once because he got tired of me yelling at the TV.

That's why I'm a little rattled at the litany of angry responses to NBC's article titled "David Wise's alternative lifestyle leads to Olympic gold". Many are angry that his lifestyle is being referred to as alternative. Upon reading what his alternative lifestyle is, you'll find that he's 23 years old, with a wife and a two-year-old. He's also a devout Christian. Alternative really just means "not a usual choice". Anybody paying any attention these days knows that a Christian-focused lifestyle is getting more and more unusual.

If I'm guessing correctly, I'd say as practicing Christians, it makes us pretty nervous to think that we just might be becoming a minority. I'd like to say simply that I'm broken for those deciding to live lifestyles contrary to Christ. That knowledge has its effect.  If I were honest though, I'd say that it makes me fearful to see that there are less and less Americans standing by my side. Like a game of Red Rover, I want to be on the side where more people are lined up.

David Wise is on the side with the shorter line.

NBC is calling it like it is on this one.

Christians have always been at odds with the world. I think we're called to be unusual. There's nothing offensive about that. Though the term alternative seems ill-fitting, it's a term I think we're going to have to live with. Growing up sheltered, I believed in a Christianity that was popular and mainstream. It's a safe and pleasant idea.

We're the David in the Bible. We face a Goliath; namely a world who thinks our lifestyle is pointless, odd and even malicious. The difference is, THIS giant beckons Christians to its side convincing us that we can both be Christians and of the world.  In a worldly sense, the right end of the tug-of-war rope is seeming to have less weight and less weight. But we have to remember. It's not weight or size that will determine who wins the battle.

He's unusual; a real weirdo. He's a young Christian guy that's happily married with a kid already…..at 23! Maybe more than his ski moves, his out-of-the-ordinary lifestyle is the very thing that people are paying attention to. He made clear that the gold is not "the big deal" in his life. We have to be willing, in obedience, to make people ask the question, "What. Are they doing?!" It may be the very thing this world just might take notice of.

Acceptance for the Christian weirdo is slipping.  That usually has me up in arms.  Today I've just got my arms up. Victory is in the bag.

…..even though you have to put up with every aggravation in the meantime. Pure gold put in the fire comes out of it proved pure…..when Jesus wraps this all up, it's your faith, not your gold, that God will have on display as evidence of his victory 1 Peter 1:6-7

Be alternative. It's worth it.