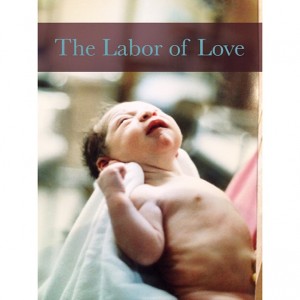 I boastingly announced to Hayden last night that this time eighteen years ago, I was in labor with him. I have an honor badge, with him more than the others, that I pull out the night of October 28 annually. I started labor contractions that were consistently around ten minutes the night of the twenty-eighth. We were at a revival at the Baptist church in Iredell. The contractions stayed the same all that night.

They came like clockwork the twenty-ninth too. I sent Jason on to work hoping that as soon as I sent him, he'd have to come back. I taught Mission Friends that afternoon grimacing from discomfort every few minutes. By that evening I was fed up. I took a walk down the dirt road at my parent's house with my nephew, Brent. It wasn't an enjoyable walk. I was on a mission. I wanted that baby to be born.

My mom had made hot dogs for us and I remember taking my frustration out on my frankfurter. Usually a plain Jane hot dog eater, I squirted an unreasonable amount of mustard on the dog. And I ate it tauntingly. The mustard, I believe, responded accordingly as my contractions shortly thereafter intensified. Jason and I headed to the hospital, bags in the back, for what turned out to be a long night.

By this time I had already been in labor for twenty-four hours. I was having hard contractions every two to three minutes but wasn't progressing as I needed to. They had broken my water and used other measures such as Pitocin to move things along. But unbeknownst to us, this baby, whose sex we did not know, was NOT in a hurry. God love him, he's still that way.

Jason watched the paper roll as it charted each and every contraction with a black jagged mountain. I remember a few times him saying "That wasn't a bad one". (So wrong…) There are no good ones. Finally, the morning of the thirtieth, our dark-headed bright-eyed boy entered the world taking his first breath.

I remember being overcome at the instant connection I had with the wrinkly, blinking face that looked right at me like, "I know who you are, I'm here.".

Oh honey, I'd do that all over again.

After safe seconds had passed, the doctor told Jason he was lucky he hadn't gotten slapped to which the nurses laughed knowingly. It's funny though, despite my just having gone through the worst pain I have ever encountered in my life, I knew that I would. Holding that bundle that was crafted for MY arms, I would gladly do that all over again. Maybe without the mustard and maybe I'd convince the doctor to give me the epidural earlier so that I might have enjoyed it for more than ten minutes before birth. Just maybe.

But then again, pain was part of that beautiful mystery I held in my arms.

Hayden turns eighteen tomorrow. And much unlike the labor pains, those years have passed so very fast. Like the jagged highs and lows of contractions mapped out on paper, so have been the days. Laughter and happy times mixed with sorrow and times of difficulty. And always, always joy and anticipation of what is to come.

So now I'll continue to answer your SOS texts while they come.

I'll fix your favorite dinner while you sit at the table.

I'll, to your dislike, ask if you've studied for that "Moisture in the Atmosphere" exam.

I'll shake my head when you come back into the house two seconds after you leave because you forgot something.

I'll fill my morning hours with boxes of pictures of you with the smile that was so big, your cheeks squeezed your eyes shut.

I'll try not to begrudge those days past.

I, without hesitation, would do it all over again, but these todays are equally beautiful.

And splendid days are yet to come.

Am I sure of this, that he who began a good work in you will bring it to completion at the day of Christ Jesus. Philippians 1:6

Many are the plans in the mind of a man, but it is the purpose of the Lord that will stand. Proverbs 19:21 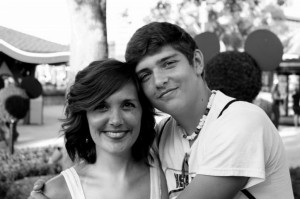