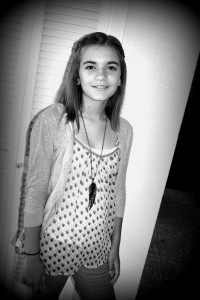 Do you know how when you’re organizing or moving you put things in a box? It’s o.k. to be organized. There is nothing wrong with that. But when you put people in boxes- it’s just wrong.  I know that sounds weird, but let me say what I mean.

Do you or your friends ever say or think things like “That girl is ugly”, or “She is rude”, or “She’s weird”? Well that’s what we do, we put people in boxes. We see the bad in them and don’t try to see anything else in them.

We just simply throw them in a box. For example, we throw the girl without makeup in the ugly box, the girl with bad grades in the dumb box, and the girl who sits by herself at lunch in the weird box. These people we try to avoid or put them down.

It’s bad because we don’t see them as people.  We see them as things in a box to ignore or throw away. But that’s not how God made us. He didn’t make boxes for the jocks, the popular people, the nerds or weirdos. He just made us all different.  How would we be special if we were all the same? 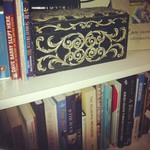 None of us should be put in a box or ignored. So we should stop seeing him as the nerd or her as the ugly girl. We should just think of them as God’s children.

In the bible it says, Have we not all one Father?  Hath not one God created us? –Malachi 2:10

He didn’t make boxes.  He just made people. So next time you see a person remember this: Would you want to be put in a box?  And try not to think of her as a nerd or him as a jerk. Just try to see the good in people.

Well I’m having a lot of fun writing about boxes but you’re probably tired of hearing about this so I’m just going to make this story short and sweet. Because those are the best stories.

And I guess all there is left to say is “Over and out”,

Hallie is my second guest blogger and my daughter.  She has determination bound to prove valuable as she stands firm in the midst of the temptation and chaos of the pre-teen world. She has a creative eye and enjoys designing. She loves listening to music, 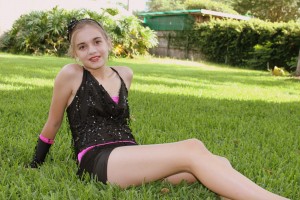 and twirling.  And truth be known she likes watching TV and sleeping-in too.  Pray for Hallie and her peers as they seek to see value in all people.  Pray that they be bolstered in love as they learn of the Father's love. Pray that they would find their security and self-worth in a God that lovingly created them unique to serve his purpose.

Attention GG's and other God's Girlies!

If you would like to share something special that God has done for you or through you send me an email.  I would love for you to highlight our God's Girlies page.