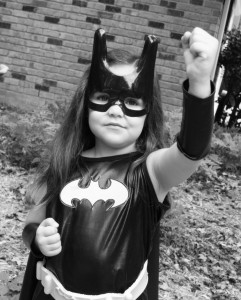 Most likely you have played the part of friend and fowl.  You know what I’m talking about when I say you have played the part of friend, but you may be asking what do you mean by saying I have played the part of a fowl.   A fowl, if you’re unsure is a bird.  You may have been thinking of a foul as in foul ball.  You may have heard this word called out in a basketball or baseball game.  In this case, foul means to offend someone.  In baseball it means that the ball gone outside the bounds.  While we have each been a friend to many, we have also found ourselves acting as a bird brain offending and going outside the friend boundary line.  Let’s save the friend part for last and talk about birds.

Have you ever heard of Adelie penguins?   There was at one time a popular you-tube video which shows the Adelie penguins in their acts of selfishness.  All of the birds crowd along the edge of the ice not knowing if danger lurks in the water.  So they push one of their own in the water.  If that penguin survives, they know it is safe to go in.  Not kidding girls! When faced with a vicious group of dogs, I read that the Adelie penguin will waddle up and even as the dogs lunge for the penguins they hang around.   Do you know girls who will push their own over the edge just to make sure it’s not themselves that falls?  Or maybe you’re the girl who will throw yourself to the wolves just because that’s where the action seems to be.

A couple of years ago we had a hummingbird feeder on our front porch.  I was excited to see our first group of hummingbirds crowding around in no time.  I was not excited however to quickly learn how aggressive hummingbirds can be.  Those tiny birds have some big attitude.  They will seemingly choose certain birds to chase away while letting others feed with them.  We all know girls like this; girls who will only allow certain girls in their group.  While I watched one bird repeatedly return and get chased away I wanted to yell at the bird “Quit coming back to torture, go to another  feeder!”  I tried chasing away the aggressor, but realized that another bird would take its place. Though you wouldn’t want to say it out loud maybe you’ve secretly not wanted someone uncool hanging out with you.  And maybe some of us have even said or done something to make that person know that they’re not welcome in our group.  Possibly you have stood by silent when someone else has been shooed away.  You might be the girl who keeps coming back hoping that this time they will accept you.

Chickens aren’t any better.  If you have been near a chicken coop you’ve heard them “clucking” at each other.  They have a “pecking order” in which the stronger chickens try to control the weaker birds. You’re getting the picture right? The book of Proverbs tells us that a “friend loves at all times”.  Though we have all acted foul, not like a friend God calls us to be above the birds.

I did some research and found that in the eighties there was a super-hero named Bird-Brain who was part human and obviously part bird who could never quite find victory.  Bird-Brain’s creator made him and then sent him off where he doomed and defeated ended up on an island.  Thank goodness our creator has not abandoned us.  He knows our pain as we’ve been rejected.  And get this!  He knows the pain and incompleteness that causes us to sometimes be the one who acts foul.  He loves both friend and fowl but desires that as we face the choice everyday of who to be, that we choose to be a friend.

1.How have you been a friend?

2.How have you or someone you know been like one of the described birds?  (Remember not to use anyone’s name).

3.Have you ever felt like Bird-Brain?  If so, how?

4.How is our creator different from the one who created Bird Brain?